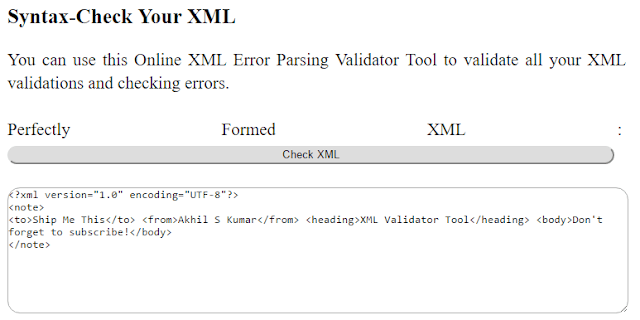 What Is Parsing And How To Parse XML Template Easily

The post intend to share non-technical details on parsing, so that everyone can understand it regardless of background and knowledge in the domain.


What Is Parsing Means

What Is A Parser Compiler and What Does It Do

What Is Parsing Error

6. (Solved) Parsing XML Error: Content Is Not Allowed In Prolog

How To Parse XML Template Easily

Using a parsing error finder or parsing validator can easily help you to find the errors and tell you in which line and column the error is. For XML, a Online Syntax Error Parsing XML Validator Tool can be used to check the parsing errors and find invisible characters.