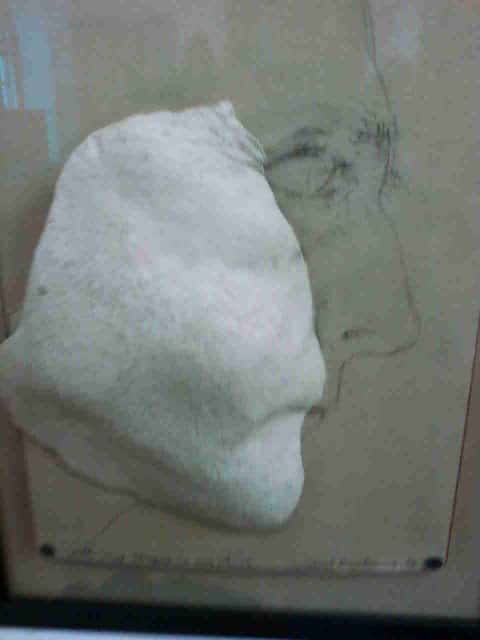 Share
Human life appeared on earth some 3 million or more years ago. The earliest treatment of mental disorders was that practiced by Stone Age cave dwellers some half a million years ago. Early writings attributed abnormal behavior to a demon or god who had taken possession of a person. From that phase we have come a long way to a scientific and more experimentally oriented view of abnormality.


Various developments were happening simultaneously during the 19th and 20th century. On one hand, Medical professional were trying to give a biological basis to mental illness; on other philosophers and sociologist were seeing the same from psycho-social perspective. One of the historical developments that happened in the field of psychopathology was the formulation of Bio-psycho-social model.

This model is inspired by the idea that the interaction of mind and body, not just determines health but also illness. Such interplay of biological, psychological and social factors gives a contemporary view to look at abnormal behavior in the modern world. In this assignment we would be focusing on the Psychological model, which tries to explain the causes, symptoms and treatment methods of mental illness as various schools in psychology see it.

The first step in understanding of psychological factors in mental disorders was taken by Dr. Sigmund Freud with the emergence of Psychoanalytical school of thought. Although grounded in medicine, it eventually evolved into a comprehensive theory due to the contributions of Carl Jung, Anna Freud, Melanie Klein, Erik Erikson, Alfred Adler and Otto Rank.

They emphasized the inner dynamics of unconscious and the interplay of id, ego and super-ego to describe the enactment of pathology. The Eros and the Thantos being the guide, influence the roles of structure of personality across the three levels of consciousness: the conscious, pre-conscious and unconscious. Ego continuously strives to maintain a balance between the illogical demands of id and highly moralistic views of super-ego; conflict between these three causes anxiety to an individual.

This school works according to some basic assumptions that influences their view on mental illness, some of them are as follows:

 Unconscious motives such as hurtful memories, forbidden desires, etc. are at the root of all neurotic symptoms, and until they are brought to awareness and integrated into the conscious part of the mind it may lead to irrational behaviours.  .

 The anxiety caused due to internal conflicts is dealt with using defence mechanisms, which if used too frequently can get pathological. In such a case neurotic issue occurs when a person uses too much of defences, that it derives them away from reality; or it may cause psychotic issues, when ego gets tired and defences can’t be used anymore to deal with anxiety.

 Mental issues may also occur if a person is unable to pass through all the psycho-sexual stages smoothly. If not given appropriate gratification it may result into either regression or fixation to that stage.

The therapeutic goals of psychoanalytical therapy are to bring out the unconscious materials and resolve conflicts; to strengthen the ego so as to help individuals to develop self-understanding to face what’s being pushed inside.

Some of the techniques being used to achieve these are – free association, dream analysis, transference and counter-transference, analysis of resistance and interpretation.


Read more: Humanism and the Growth of Learning – Humanistic School Of Thought

Many people did not agree with the deterministic ways of psychoanalysis, and thus to challenge its supremacy another school emerged out of experimental psychology – Behaviorist school of thought.  Pioneered by John B Watson this school of thought has been enriched with the works of people like B. F. Skinner, Ivan Pavlov, E. L Thorndike, etc. They only believed in the study of ‘observable phenomenon’ because they can be controlled and verified.  They focus on current determinants of behaviors, instead of past and prefer to make things objective.

Although this perspective was initially developed through laboratory research rather than clinical practice, its implications for treating and explaining maladaptive behaviors soon became evident.  According to this perspective most human behavior is learnt either through the process of classical conditioning, operant conditioning or social observational learning. Behaviorists have an active approach and they focus on the effects of environmental conditions on acquisition, modification, and elimination of response patterns- both adaptive and maladaptive.

Their basic assumptions about human nature-

• Person is the product and producer of his own environment.

What can be done in the field of Mental Health- New perspectives?

• Change can happen without insight into underlying dynamics

• Treatment of psychopathology involves unlearning maladaptive behavior and maintaining the adaptive ones.

Some of the techniques used are – systematic desensitization, exposure therapy, flooding, modeling, reinforcement and punishment etc.

Another school of thought which emerged with equal strength as the above two during early 1900s was cognitive behavioral perspective. Cognitive psychology involves the study of basic information processing mechanism, such as attention, and memory as well as higher mental processes such as thinking, planning and decision making.

Albert Bandura stressed that human beings regulate behavior by internal symbolic processes called thought that is, we learn by internal reinforcement. He went so far to say that human beings have a capacity for self-direction, which later helped him in the development of the theory of self – efficacy. CBT focuses on how thoughts and information processing can become distorted and lead to maladaptive emotions and behavior. This has been mostly attributed to development of faulty schema, a concept discovered by Aaron Beck. These maladaptive schemas lead to the distortion in thinking that are the characteristics of certain disorders such as anxiety, depression and personality disorder.

Some of the techniques used are – attribution, assimilation, accommodation.