I was looking for offline installers when I got the error while updating Google Chrome. An error occurred while checking for updates: Update check failed to start (error code 3: 0x80080005 — system level). I could not update Google Chrome.

How to Enable Flash in Chrome if you have done all the steps mentioned in other websites but still not able to run Flash. One way is to uninstall Chrome and install Chrome new version from Official Website.

Use Chrome Canary Version for Flash

Chrome Canary is designed for developers and early adopters. It is like the Beta version. It works same as Google Chrome but really unstable and not recommended for average users. Download Google Canary and Install in your Windows 7 64-bit, Windows 8 32-bit, Windows 10 /Macintosh. Run the FB game, Vudu TV, Direct TV, Application etc and see if Flash is working.
Link to download Google Canary: https://www.google.com/chrome/browser/canary.html

Go to Help, click About Google Chrome and it will start automatically updating the browser. 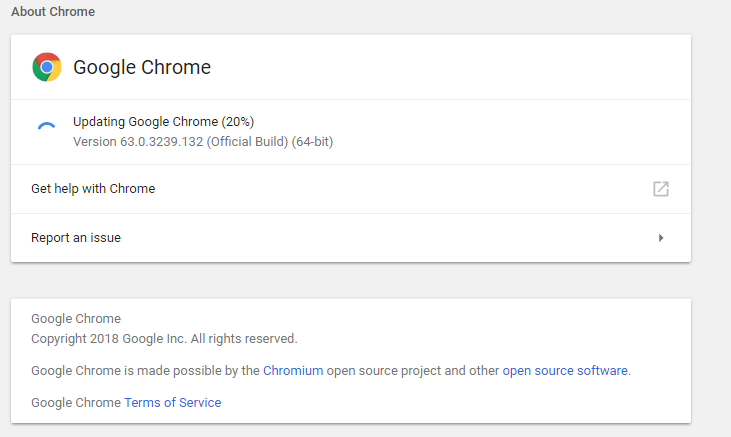 You can download Chrome Clean up tool to scan and remove software that may cause problems with Chrome, such as crashes, unusual startup pages or toolbars, unexpected ads you can’t get rid of for Windows 10/8.1/8/7. Offline Installer For Google Chrome (Official Build) (64-bit) is solved using the above methods.
Kindly Share AheadShip Me This