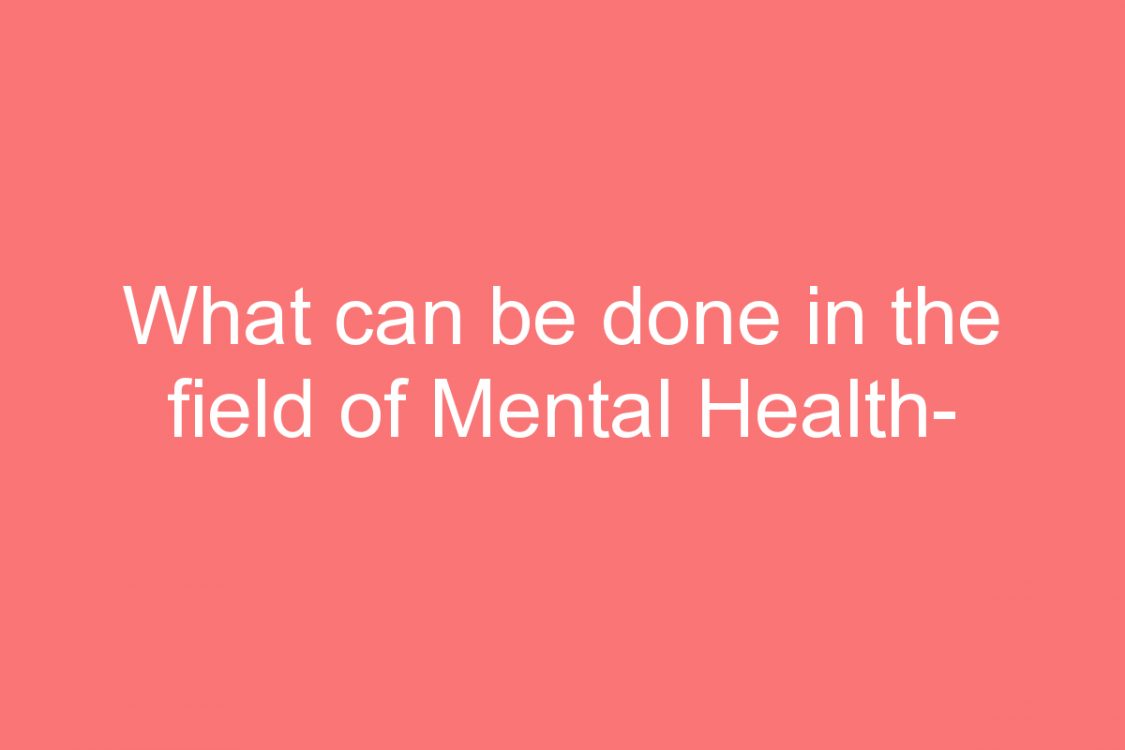 What can be done in the field of Mental Health- New perspectives?


The number of adults having mental illness is actually huge in America in a year and many of these adults are having co-morbid disorders. Most of these mental illnesses will have early symptoms. In the developing countries early identification of systems and their treatment actually reduce the treatment cost very effectively.

People who are having mental illness will not get work if employers know about their mental status and have a higher risk of being unemployed. They will be fired and will not be reemployed again.

Some severe mental illness will have perceptual and thought disorders. These dysfunctions causes distress in the person and their relatives. They also should be identified so that they can be treated and refereed to a mental health practitioner or professional.

Governments can do a lot for he promotion for mental health. They can conduct awareness campaigns for adults, adolescents and parents. Institutionalized care is most frequent in the developing countries that are too costly and community care models are not taken up. They can create smaller community clinics to treat mental illnesses and produce more mental health professionals throughout the country.