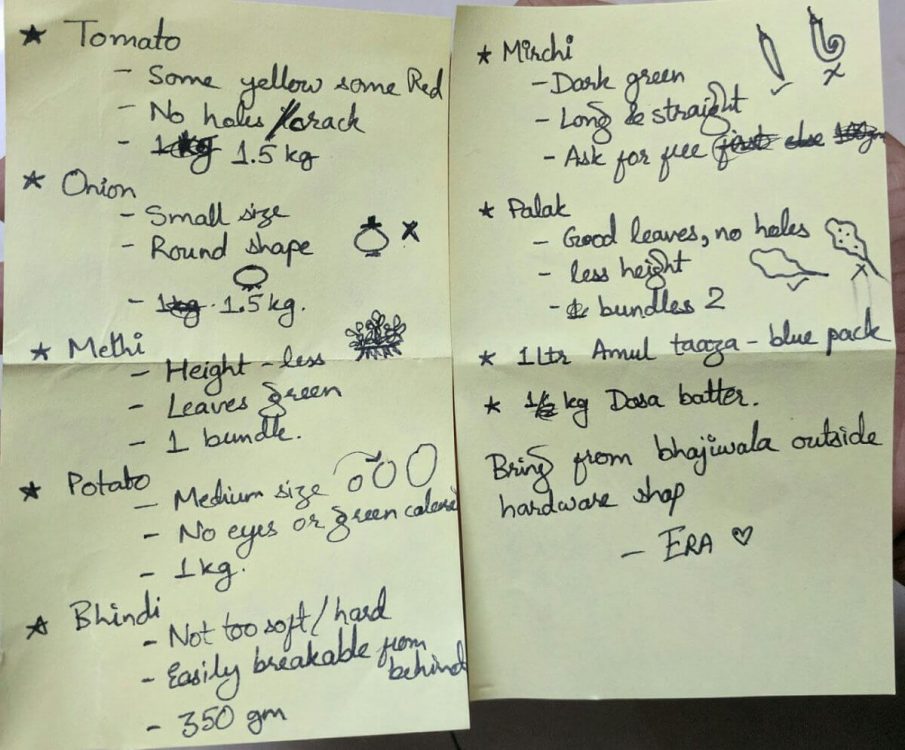 BBC Published A Viral Shopping List of An Indian Wife

I don’t usually take such viral, trending topics and republish them as posts but this one is something that you should read. BBC Published A Shopping List of An Indian Wife written [or I should I say drawn] to her husband for buying vegetables from Grofers, Reliance Fresh and Big Basket.
That Shopping List just went viral Internationally and picked up by BBC Trending, TimesofIndia, Scoopwhoop and Evening Standard.

It is an interesting list though. She tweeted the list on twitter to help other fellow Indian housewives and people started sharing it all the way up to BBC.

Check the Viral Shopping List of An Indian Wife

This is the task I gave to my hubby last weekend!! Even U guys shud follow this list for happy customers #bigbasket #grofers #reliancefresh pic.twitter.com/cGkPuRAvE9

The list does not end there. It has an answer key also. Check that out. 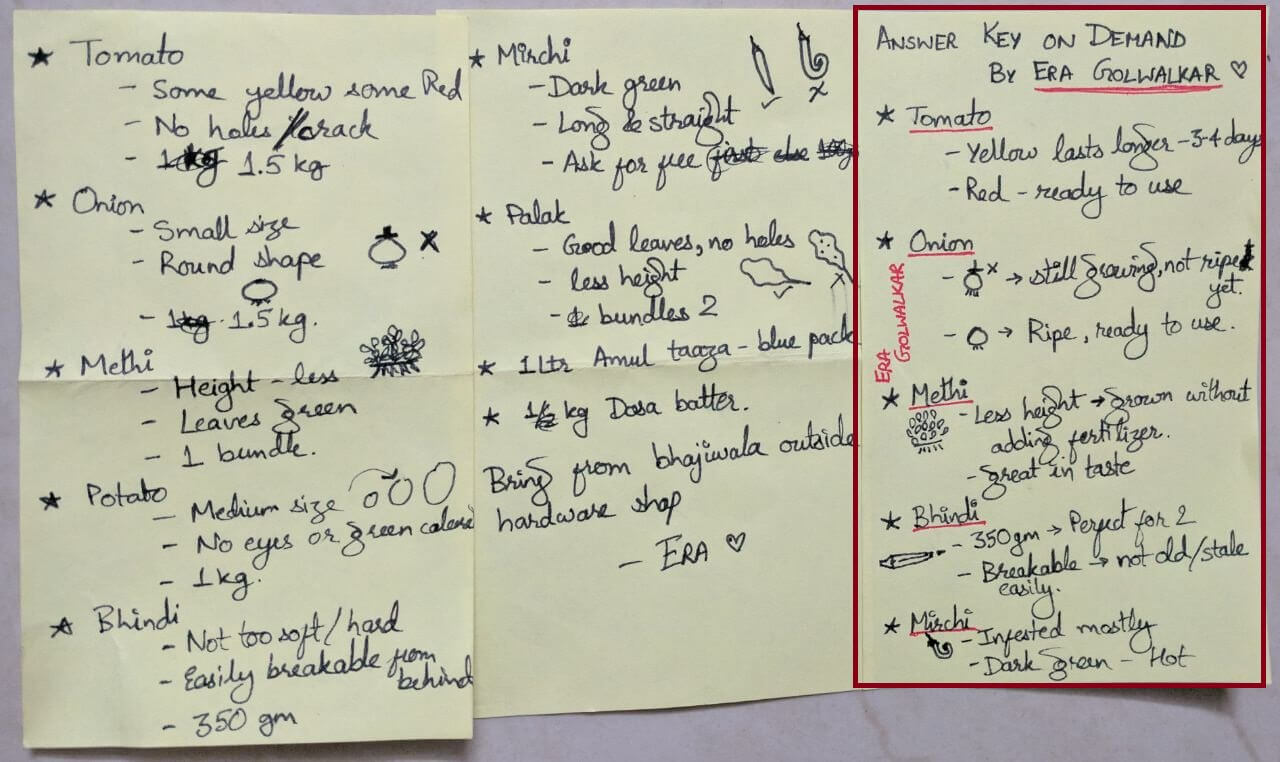 This was posted Mrs. Era Golwalkar to her husband who had no knowledge on buying vegetables from  a market. In first look, it looked like a tutorial from wikihow.

Check out the Article published by BBC Trending. They called it as ‘Husband-proof’ shopping list.

I also had issues with buying vegetables back when I was in North Indian trying to figure out Hindi names for various subjis. Never had an issue with identifying them though.

This is exactly portraying a picture of Indian upbringing where all household chores are done by the wife or mother or women in the house generally and husband or the male figures are just money making machines.

Thanks for sharing such a nice detailed shopping list. It will help millions of Indian husbands as well as International tourists for buying vegetables from markets.