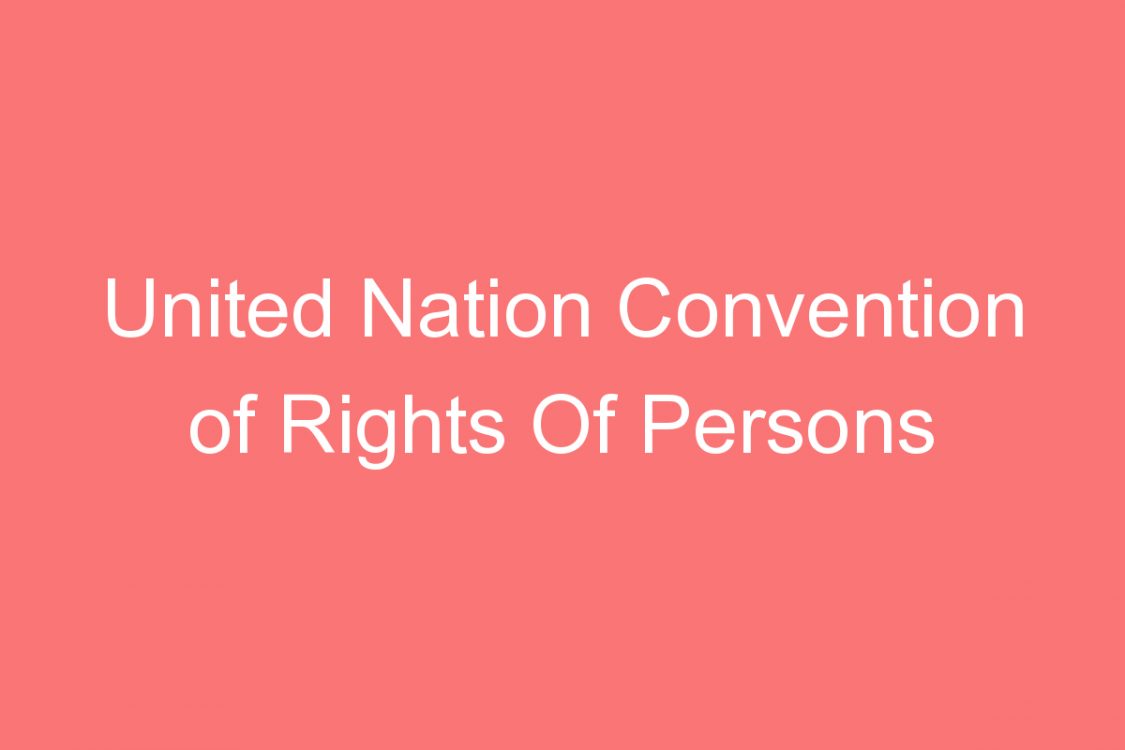 UNCRPD is called as the paradigm shift in the new millennium, which has a record of 81 signatories on the very first day. The UN Convention on the Rights of Persons with Disabilities has 50 articles and was adopted on 13 December 2006 by the United Nations General Assembly and entered into force on 3 May 2008, after it received its 20th ratification.  The purpose of the present Convention is to promote, protect, and ensure the full and equal enjoyment of all human rights and fundamental freedoms by all persons with disabilities, and to promote respect for their inherent dignity. It sets out a range of civil, political, cultural, economic, political and social rights.


The UNCRPD tries to change the views of persons with disabilities from “objects” of charity to “subjects” with rights. The principles of the present Convention are respect for inherent dignity, individual autonomy including the freedom to make one’s own choices, and independence of persons, respect for difference and acceptance of persons with disabilities as part of human diversity and humanity, equality of opportunity, accessibility, equality between men and women etc.

The Mental Health Care Bill, 2013 was introduced in the Rajya Sabha on August 19, 2013. The new mental health care bill of 2013 was proposed due to the ratification of UNCRPD by India.  The preface of bill states that, the objective of the bill is to provide for mental health care and services for persons with mental illness and to protect, promote and fulfill the rights of such persons during delivery of mental health care and services.
• Rights of persons with mental illness – ensure that people with mental illness have every right as everybody else and they have inherent dignity, individual autonomy including the freedom to make one’s own choices, and independence of persons.
• Advance Directive – Advance Directive is a mechanism that individual can express the way the person wishes to be cared or not to be cared for and treated for a mental illness. It will be shall be invoked only when such person ceases to have capacity to make mental health care or treatment decisions and shall remain effective until such person regains capacity to make mental health care or treatment decisions.
• Central and State Mental Health Authority – They are authorities which have power to register, supervise and maintain all the mental health institutions and establishments.
• Mental Health Establishments – The bill focuses on the provisional registration and permanent registration to institutions.
• Mental Health Review Commission and Board – A quasi-judicial body that look at the use and procedure followed for advance directives.
• Decriminalizing suicide and prohibiting electro- convulsive therapy
Kindly Share AheadShip Me This