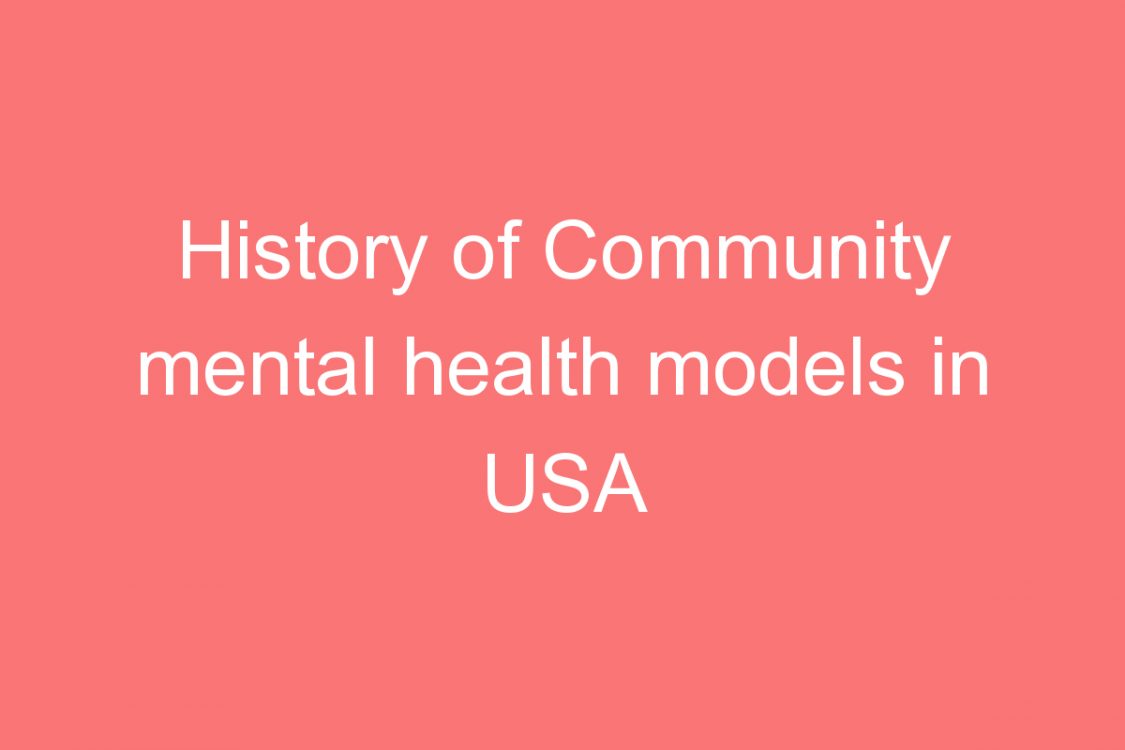 There is a long history of over five decades present in the field of Community mental health in the United States. Community mental health has evolved through many steps and facing so many obstacles and committing mistakes.
These mistakes and obstacles helped the sector to grow more, adapt to the culture, and create sustainable cost effective care. In US, people with non-severe mental disorders like substance use disorders are treated by single professional therapists who are specialized in mental health care.

Mental health is an interesting area for insurance companies and managed care organisations. When they influence the field, the ultimate cost of health care is huge than the expected cost. The Health care system expenditures in USA were approximately 2.5 trillion dollars in 2009. The money spends for medical research in USA is higher than any country in the world. This importance given to medical research gives a chance of opportunity for innovation and research.

The community mental health movement in the United States bring into being after signing the Community Mental Health Act in 1963 by President John Kennedy. This act initiated so many new and innovative programs all around the country and this act had a broad agenda that encompassed all the areas of mental health including severe and non-severe mental health disorders. This created slight issues in the implementation of the program. So by 1970s, the face of community mental health programs has changed. The goals were set to treatment of persons with long-term and disabling illnesses and facilitated deinstitutionalization of this population. These lead to better care with quality treatment in the community itself.

The stress in deinstitutionalization resulted in huge decrease in the number of patients admitted in the hospitals and mental health care institutions. The people with mental illnesses were transferred to homes found in the community and it made a great change in the mind-set of the community about mental illnesses. The number of people with mental illnesses in large public mental hospitals decreased from over 500,000 to less than 150,000 in this period. The main two approaches in CHP were evidence-based practices and recovery model.

The 6 six specific evidence-based practices in U S A are listed below:
1. Systematic medication management
2. Assertive community treatment
3. Supported employment
4. Family psychoeducation
5. Illness management and recovery
6. Integrated treatment for co-occurring disorders
Lets hope that Obama Government will do much more policy level interventions in U S A.