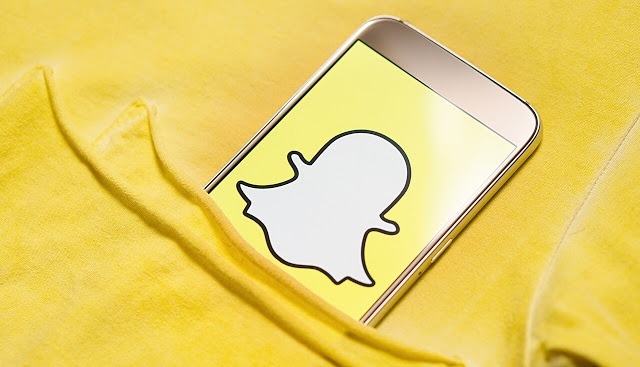 Snapchat is a multimedia messaging app launched in September 2011. Snapchat became very popular in North America and Europe in short time with estimated 37 million monthly active users in the United States. Here is How to Protect Your Privacy Using VPN from snaptchat, facebook, google and other websites.

New Snapchat update 2018 raises questions on privacy of users like Sarahah app. How Snapchat use the privacy information of the users. We will let you know why Signup on Snapchat Is a Bad Idea with New Connected Apps Feature and how to protect your network and privacy data against snapchat’s new connected apps feature.

This appears to let its 150 million users give third-party apps the ability to access, collect, and share their data. Amid growing outcries calling for social media sites to enact stricter privacy rules, Snapchat’s latest feature would do the exact opposite.

Google has taken strict steps to protect the privacy of user by allowing to report phishing emails and sites. Read it here: Report Phishing Emails to Google to Protect Your Privacy.

Snapchat’s current API, which lets companies buy ads through third-party dashboards, doesn’t allow direct contact through Snapchat itself. It also doesn’t share any user data. This means if a company wants to target someone, they can’t interact with their account directly; instead, they would need to go through another service to market their product and/or collect data.
This increasingly unique privacy feature is what has helped Snapchat’s users (most of whom are under 18 years old) have more autonomy than other social networks. Unfortunately, this appears to be the exact service Snapchat CEO Evan Spiegel wants to move away from.
Now, instead of relying on user privacy, Connected Apps would adopt a business model similar to Facebook’s by letting marketers directly engage with and collect data on various users — all without the user ever really knowing how their information is used. No one want to discuss the possibility of How to Protect Your Privacy Using VPN and keeping information private.
This isn’t the first time Snapchat’s raised privacy alarms: their location map feature, which was rolled out last month, broadcasted the exact location of users and was met with a lukewarm reception. Now how is it possible for an avergae user to Protect Their Privacy.

The fact that Snapchat’s website has updated its terms to include a section mentioning how the company is not responsible for how third-party apps collect and share data is enough to raise the alarm. According to the updated terms, Snapchat says:
“Through these links, third-party integrations, and co-branded or third-party-branded services, you may be providing information (including personal information) directly to the third party, us, or both. You acknowledge and agree that we are not responsible for how those third parties collect or use your information.”

The new feature raises a handful of privacy concerns: first, the size and scope of the data these third-party apps can collect is unknown; second, the fact that the majority Snapchat’s user base is under legal age could raise ethical questions; and third, with the growing outcry for social media sites like Facebook and Twitter to adopt more stringent privacy settings, Snapchat’s willingness to move against the status quo could be a signal for smaller apps to do the same. Read on how to Report Fake Twitter Account to Protect Your Privacy.
At a time when Facebook’s Cambridge Analytica scandal has led to millions of people deleting their accounts, Snapchat’s new feature could stick a fork in the growing trend toward acknowledging (and caring about) user privacy. On the other hand, the new feature could ultimately backfire and move an increasingly downward trend in Snapchat’s popularity even lower.

It’s important to note that this new feature is still being tested, which means Snapchat may alter or update how Connected Apps work — or disregard it entirely. Still, the realization that social media sites can and have been collecting user data is enough to make anyone rethink how their personal information is used.
Fortunately, there are a number of ways you can strengthen your privacy, including minimizing which apps have access to your network and removing personal information from your Snap profile. However, none may be as effective or efficient as using a VPN service such as Expressvpn (virtual private network). You can Protect Your Privacy Using VPN services.

By connecting to a virtual network, you’re able to hide your actual location while you essentially “take on” another. That means everything you do online — including the sites you visit and services you use — will be anonymous. This is because VPNs actually mask your IP address, which is what websites use to identify you. Trusted services can Protect Your Privacy if you start using VPN while surfing.

While VPNs have traditionally been used in heavy-censorship countries like China where internet access is limited, they’re becoming more popular in the U.S. and Europe where people are using them to help encrypt and anonymize their network. Anonymity and no data sharing while surfing allow you to Protect Your Privacy Using VPN.

Whatever Snapchat decides to do, it’s important that you stay proactive by keeping your personal information private; and at the moment, it seems a VPN would be a pretty good option to Protect Your Privacy while surfing internet.