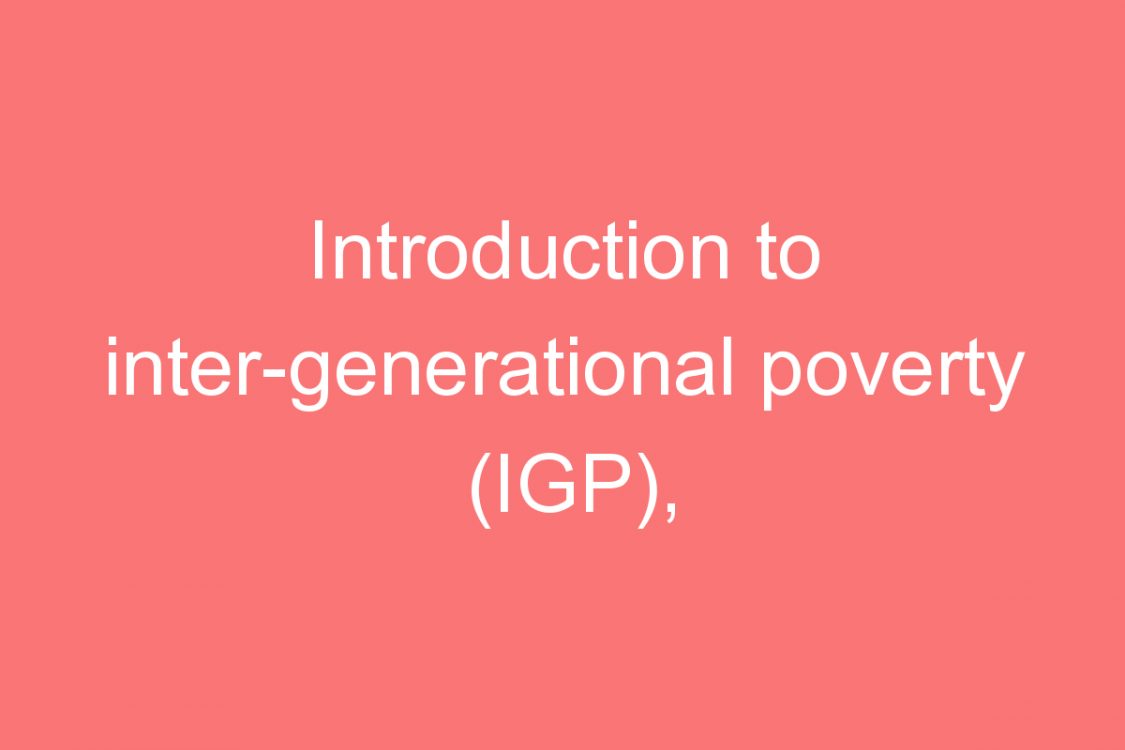 I was searching about inter-generational poverty(IGP) and i got a good article which explains well about it. Poverty is measured using various norms. It starts from the post-independence era in India exactly after 1950’s with the establishment of planning commission. The people in the planning commission thought about having a line that will categorize two kinds of people, one is poor and second is rich. This conceptual narrow line divided crores and crores of people. Being a poor child increases the chances of being a poor adult

Generally the term inter-generational poverty create a feeling that it talks about parent to child transmissions of poverty. However in reality, inter-generational poverty does not only talk about the parent to child transmissions but also about many more factors including the endowments, capabilities, a set of ‘irreversabilities’ in the early life of an adult etc.

Parent to child transmission of poverty only addresses very basic understanding about inter-generational poverty. In order to understand the positive and negative transmissions, we have to understand the basic concept of an household. There was a flawed definition existed for the term household. It was considered as a unit in nature. A unit where income is pooled and decisions are made for the benefit of all members.

However in reality, a household usually run using contracts or deals rather than clear cut decisions as it works in a company.most decisions are made by husband or the predominant actor where he/she think which is right for all other family members. Households also have a gender attached to it. Therefore, the new definition included much more specific understanding about household. It define households as separate, gendered spheres of economic responsibility, which intersect through a ‘conjugal contract’ which is fundamental in defining the terms of cooperation.

Studies about IGP in USA explains Five models: the economic resources model; the family structure model; the correlated disadvantages model; the welfare culture model and the social isolation model. These models talk about Parents’ access to material and social resources exist in the society in they are living in and their ability to deploy them in ways that promote well-being for all the family members especially for the child if we consider Parent to child transmission of poverty. Before that researchers were saying the if resources exist in a society, then people will try different ways to access it. However even after the resources were available, people were unable to access them due to different factors. The obstacles that blocked are unique in nature and varies with the culture and strata in which they are living in.