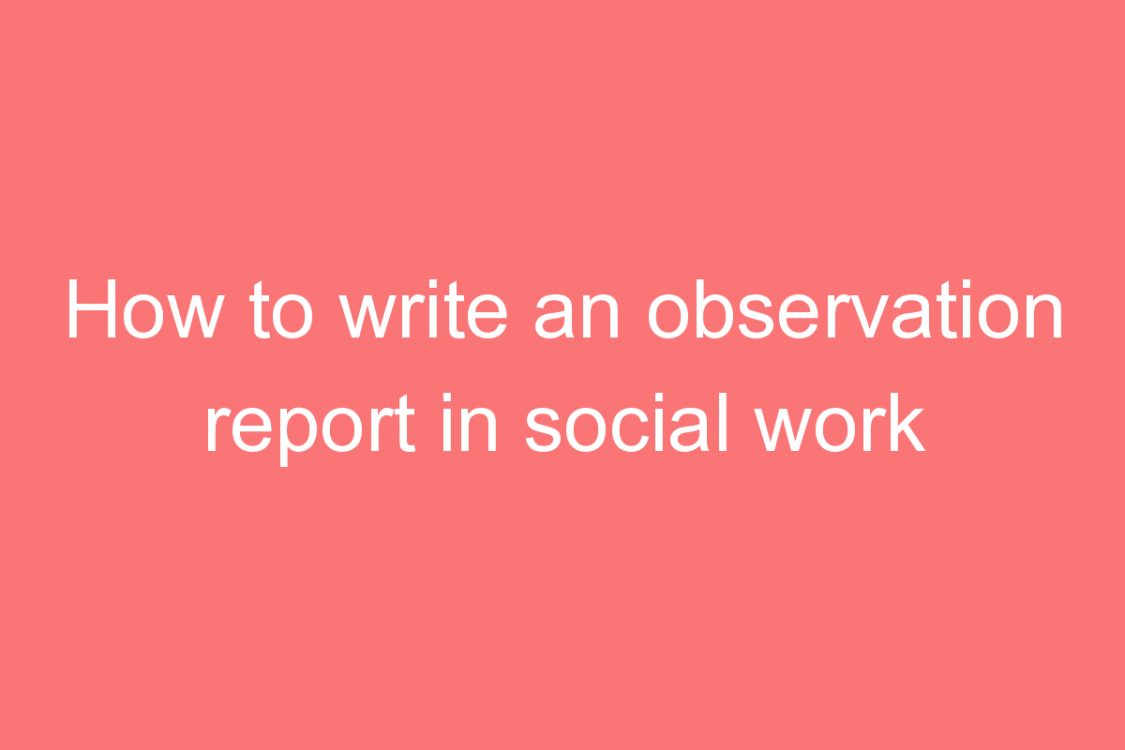 How to write an observation report in social work or psychology

Observation is a research method in Social work as well as in Psychology in which data is collected by merely watching the subject and recording the activity of people. The main purpose of observation is to capture and study human behavior at specific times as it actually happens. The observation method also tries to provide a description to the observed human behavior and inference about it. Social scientists usually use this method to make inferences about children. In ancient time observation was a common methods used in Ayurveda in India.

To understand the aggression behavior patterns of the child through non- participant observation.

One child was randomly selected from a group of children living in Karumalloor village. Child was observed for 1 hr in a day from 10:00-11:00 AM. A rapport was created with the child. The type of observation used here is non- participant observation.

During the observation period i.e., from 10:00 to 11:00 A.M. R.N. was scolding her toy which was a baby girl. The child seems engrossed in the activity and did not care much about anything else that was happening around her. R.N. also was concentrated on her talk and sometimes tried to beat her toy. After some times, she lost her interest of reprimanding her toy and went on using verbally irritable words towards her mother.She was aggressive to her siblings also. The child showed attention seeking and hyperactive behaviour.