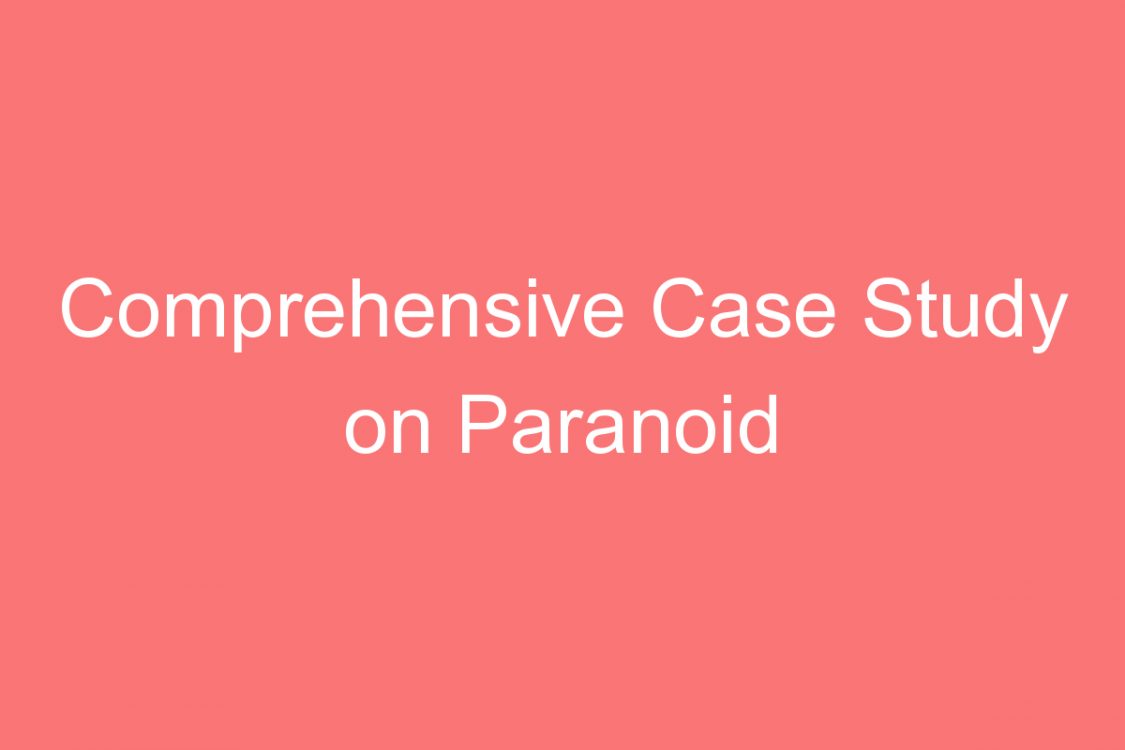 This case is just for reference only and for study purposes.

Mr. M have no family history of mental illness. The client had symptoms such as self-care, increased self-talk, self-smile and doubting everybody.

The onset of the illness was after his marriage. He was presented with chief complaints like back pain and decreased sleep. Wife reported that he has self-talk, smiling alone, doubting behaviour at wife, reluctant to take food given by wife but will eat food by his own, getting angry for simple reasons, avoid social gatherings and client would take rest always.

Then he underwent ECT and treatment in Nadakkavu hospital and condition was improved for a period of 1 week. There is no negative history of brain seizures, epilepsy, self-talk, self-smile and elated mood.

The client had normal and early development with a slow to warm temperament. The client has a poor academic performance in school and the occupation was cleaning. The client was diagnosed as Paranoid schizophrenia currently on Risperidone 4mg [0-0-1], Julax 10 mg [0-0-1], and THP 2mg [1-0-0].

2.2 Socio-demographic data and social standing (social issues) of the patient

The client Mr. M, 51 year old male, Muslim, educated up to 7th standard, married, currently working as cleaner was registered to the palliative clinic on 9/9/14 with a registration number of 142/13/1 with mother as caregiver. The family is below poverty line with a poor condition.
There are 4 members in his family including wife, mother and their 3 children. Wife is having mental illness . The family need economical support.
Their house is situated in rural panchayath and the type of roof is concrete and toilet facilities are satisfactory.

Their social networks are impaired and they face stigma from their relatives and friends. He is educated up to 7th standard, so that he is not getting a good job, and nobody is appointing him for work because he is having mental illness. Due to financial problem, they could not take medication for the illness. His right to say what he think and share information with others, right to marry and have a family, right to work for a fair wage in a safe and healthy environment, right to an adequate standard of living, including adequate food, clothing and housing, right to the highest attainable (possible) standard of physical and mental health and right to take part in the cultural life of your community are denied due to the illness are violated.

2.4 Summarization of the case

Mr. M, 51 year old male, Muslim, educated up to 7th standard, married, currently working as cleaner with no family history of mental illness diagnosed with paranoid schizophrenia. The family is below poverty line with a poor condition and have a lower social standing.  They are marginalised in the society due to poverty, lack of social networks etc.