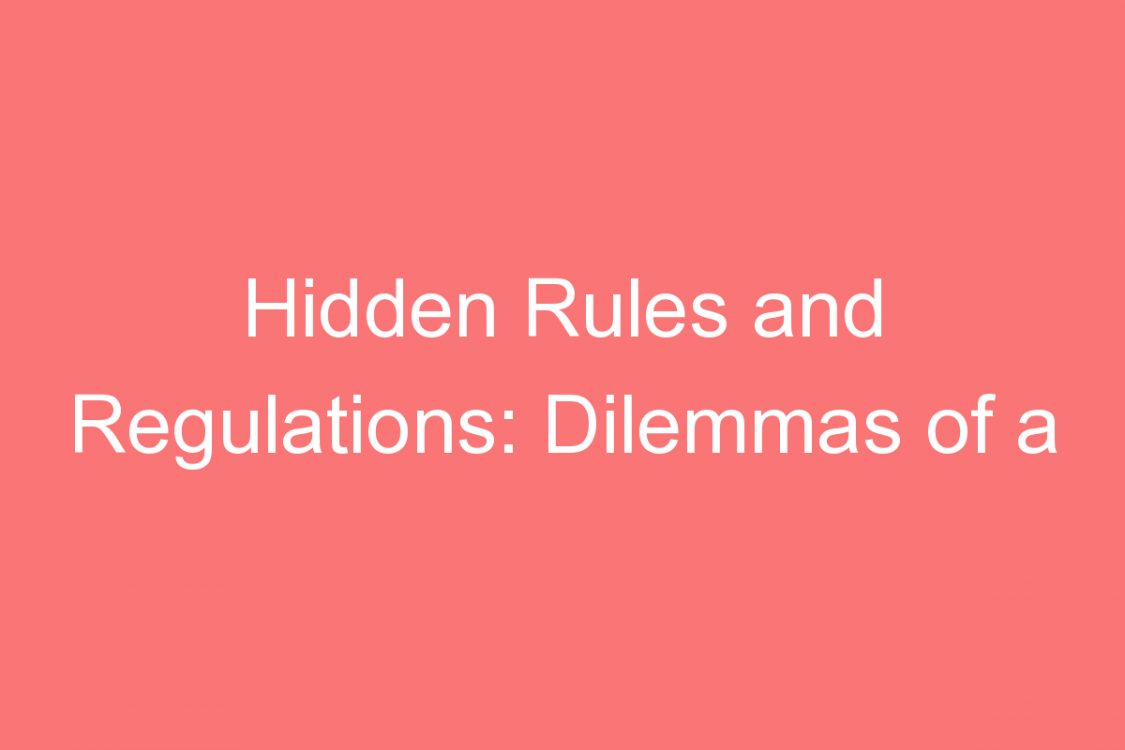 Hidden Rules and Regulations: Dilemmas of a Social Worker in The Work Environment

Dilemmas are common in the Work Environment of a Social Worker. These dilemmas often is caused by rules, and regulations of the agency or the people whom we are working with.
I was born in a family that is liberal and not bound with lot of rules and regulations.  I had enough freedom to do whatever I like that felt right. This made my persona, very free and liberal to things and rebel against strict rules of the institutions. I still feel that rules are made for the well-being of human beings and if nobody is getting hurt by no means, one can bend rules, or if the rules and laws are hindering the progress and freedom of human beings, it should be removed at any cost.

I went to work in this agency with this kind of belief about rules and what I faced was literally a prison. There were strict rules everywhere and the interesting part of it is that they were unsaid. One incident was I was feeling too cold in the guest room and I was jumping to heat my body. It made some sound in the lower floor and son of the chairman who is also member of the governing body of the institute came and said to me not to jump in the guest room. I said I didn’t know that such sound will come and will not repeat it again. But he was kept on saying not to do it again, and told everybody about this incident including the chairman, his wife, brother, co workers. After everything, he again said in the night about the exercise part. I felt it like putting a nail in head.

I felt disgusted with the co-trainees as they were too much afraid or over careful in doing activities not to make anybody offended. They tried to obey the unsaid rules in the fear that I may offend others and the coworkers will be expelled from there. There was strict timing for sleeping and eating. We had to ask for permission for even going out from his home to the nearby shop which is just 5 minutes’ walk. The chairman will ask thousand questions like, why do you want to go out, what you want to buy etc. There was even strange rule like we have to sit in the dining room even after we had food. Then we have to ask permission to go our room.

We could not raise sounds in the room as it will disturb them. The colleagues insisted me to sit with the family members to watch horrible TV shows in Hindi. I mean these unsaid rules really made me feel upset and experienced severe urge to get out from the house. As a social worker, I adjusted with rules and tried hard not to break any unsaid rules.