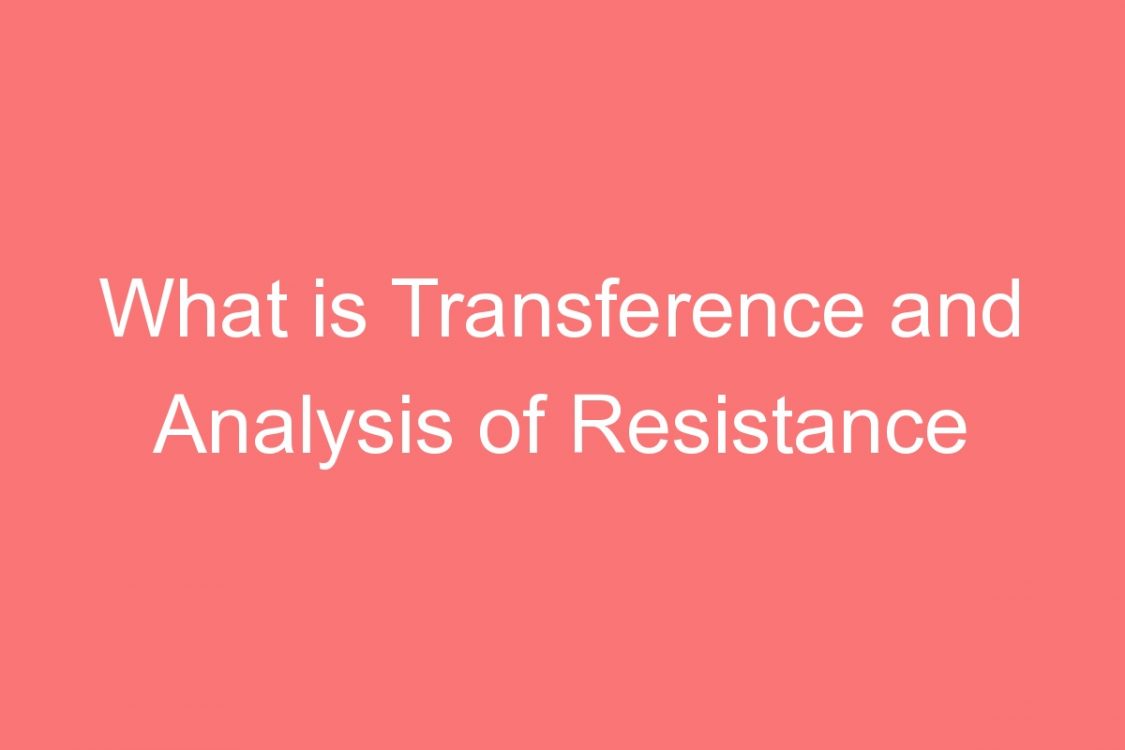 What is Transference and Analysis of Resistance

Transference, a false connection or colloquially speaking blast from the past is a very important concept in psychoanalysis. Freud first made the use of the term (1895) when he was reporting on his attempts to elicit verbal association from his patients.

Unlike initially, now its analysis is seen as an important tool in progress of therapy, no matter its negative or positive transference.  Freud further explained the idea with transference neurosis (1914) and said that patient in analysis is ‘obliged’ to repeat the repressed materials a contemporary experience, instead physicians would like to see it as something belonging to past.

Nowadays it is more often believed than not, that transference happens every day in real life. Giving a personal life Example – there is a particular friend in my class who is very moody and instinctual. It’s usual for her to be impulsive and shout at people on small things usually I would be cool about it, unless she says something erratic to me. I never could understand why even smallest of accusations made by her used to make me feel much rejected!

Although I knew it was an expected behavior, still i couldn’t help but cry desperately whenever she yelled at me like that. I always used to wonder, why she has such strong effect on me! Until one day I just realized that, I always used to have the same feeling of dejection and helplessness when my mom used to react in such an unpredictable way. Then I understood that she makes me feel so upset by behaving like this because she reminds me of how my mother used to react to stressful situations and I always used to feel feeble about it.

Resistance refers to any idea, attitude feeling or action that hinders the progress of therapy and prevents client from producing unconscious material.  It can be showed in many different ways, when client says that they are not able to relate to a certain thought, feeling or experience or when they just forget the appointments.

The motive for resistance was seen to be the threat of arousal of unpleasant ideas that has been repressed by the unconscious. In fact transference resistance is the most important obstacle in path of therapy. Example- I was well aware of a friend’s birthday coming up next week, and every day I reminded myself about wishing him.

But on the day of birthday, I got so busy in work that ‘It completely slipped out of my mind’! Later I realized it was just an excuse. It’s impossible that I would have forgotten his birthday just due to work stress.  In psychotherapy there are no accidents, you forgot because you did not wish to remember that friend’s birthday not because of any other excuse. Students generally tend to give such excuse regarding forgetting books and tests.