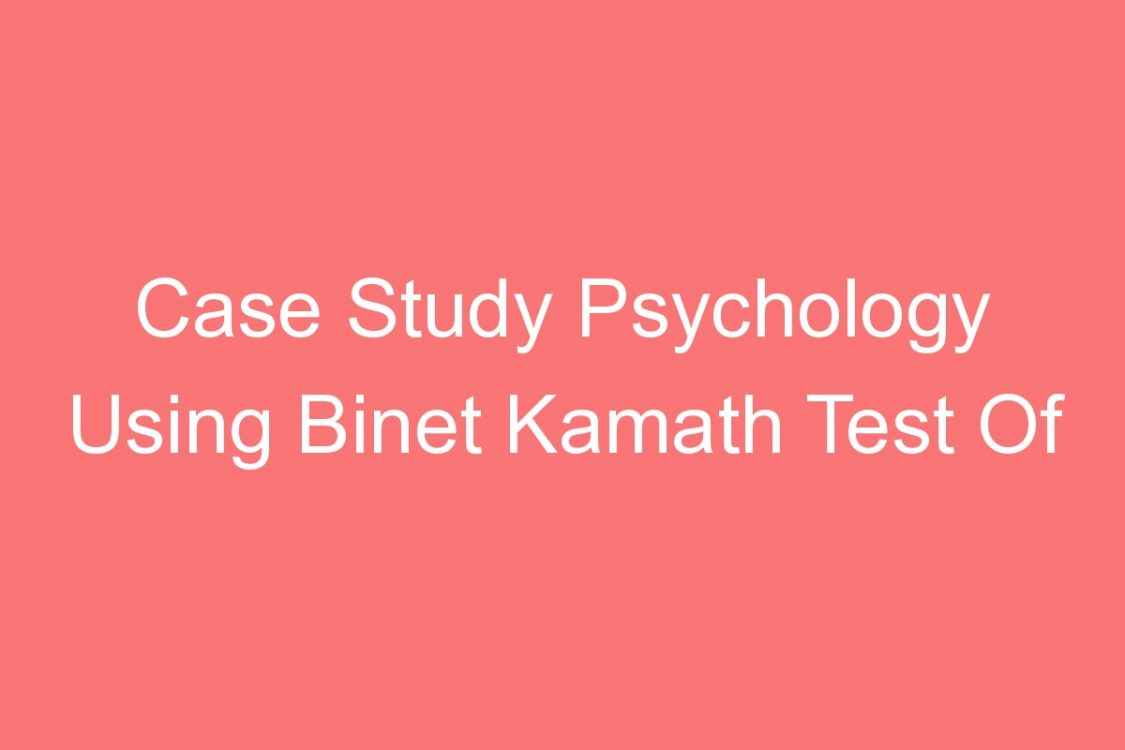 Reason for Referral: For the assessment of current level of intellectual functioning and behavioral problems.
Referred by: …….

is studying in 10thstd, parents reported that Client has difficulties in studies from the beginning. He is having personal tuition at home but that whatever is taught to is unable to remember when he starts to write a test or exams. reported that he is studying very hard, and had someone else done this much of effort, he/she could have passed with really good grades. He normally forgets mathematical formulas, answers to questions and spellings.
Parents reported that the symptoms gradually started when his elder brother left for job in United States of America. He was very much attached to his elder brother, who was able to cater to . His both parents are working and hence are unable to pay as much attention to him. Father leaves for work by 10 am and reaches only by 11pm. Mother also leaves around 10 am and reaches home by 7 pm, though she tries to spend two hours with him till 9 pm, she is unable to spend much quality time as she is also involved in home chores. Mother also goes for music classes from 9 pm to 10 pm. The Client had already slept the time she returns back.
It was also reported that father was very restrictive towards the client and didn’t allow him to spend much time in playing. It was reported that at the age of 4, one of his testicles was surgically removed as it was not developing properly; hence the father fears that playing sports can cause injury to his other testicle also, so he restricts him to go out and play with his playmates.
Parents stated that the client has poor academic performance. He barely passes in all the subjects, teachers have to give him extra grace marks to pass and parents are frequently called to school regarding his poor performance in exams. He is not able to solve complicated mathematical problems; he commits many spelling mistakes as well as faces problems in pronunciation.
Client easily gets irritated whenever someone interrupts him while playing games or points out his problems. He prefers to stay alone and doesn’t have many friends. He is quiet by nature and does not approach others or initiates talk. He gets upset very easily and is unable to take criticism. If he gets irritated he will stop talking to others. He is emotionally and socially withdrawn.

The parents were referred to

Past medical history
has undergone four surgeries for under developed testicles at the age of 4, one of his testicles was removed as it was not developing properly. At the same age client fell down while playing and fractured one of his legs, which had to be operated upon twice. Due to these incidents he had to repeat one class.

The child lives in a nuclear family with his parents, his elder brother stays abroad. owns a business and is working in , father working hours and mother works from 10 to 7 PM, and other than that she goes to and singing classes for an hour each. They enough time with ; he misses his brother a lot.

Any history of psychiatric illness was not found in the family.

Birth and early development:
The child had a normal delivery and birth cry present. As reported by the mother, his developmental milestones were reached on time. The child started sitting at the age of 6 months, started speaking between the ages of 9-10 months and started to walk by the age of 13-14 months.

According to the parents Client has difficulty in memorizing study material. The child studies in said that he likes sports a lot, especially cricket, he used to go swimming in vacations and he likes to watch cartoons. The child reported that he likes attending school. He has many friends but not close ones.

The parents said that the home environment is congenial. The child reported that he has strained relation with his father. The parents are worried about the child’s progress and are taking many efforts to be aware of and manage the child’s problems with professional help. The child reported that he is emotionally closer to his mother as compared to and misses his brother a lot.

Tested on: 8th September 2016
Tested in: English and Hindi

was easily established with the child. Eye contact was not present in the beginning, also slightly anxious in the beginning. His attention was was difficult to sustain. He could comprehend the test instructions and followed them correctly.

Child Behavior Checklist (CBCL):
On CBCL, his clinical range, his score was in anxious/depressed, social problems, withdrawn/depressed. His normal range was on somatic complaints, thoughts problems and, attention problem, rule breaking behavior.
Depression Scale:
DASS, his total score is 35; his score on depression is 5, anxiety- 11, stress- 19. These score under the criteria of normal, moderate, moderate respectively.

Summary of the findings:
On Binet Kamath Test of Intelligence his IQ was calculated to be 76, which corresponds to the criteria of borderline.
On CBCL, his score was in anxious/depressed, social problems, withdrawn/depressed.
DASS, his score high on stress and anxiety, score of stress is 19, 11 on anxiety both score fall under the category of moderate level.

Impression:
The Client’s IQ the test was 76, which is a borderline performance. The Client is facing severe emotional disturbances and that may be one of the reasons for his lower scores. The Client has been suggested for repeat IQ, once his emotional problems are settled with the psychotherapy.

was easily established and eye contact was present. His attention was aroused and sustained. He was motivated for the assessment. He could comprehend the test instructions and followed them correctly.

On NIMHANS Assessment Battery for Specific Learning Disability, he had been tested for Reading, Comprehension, Writing, Mathematics, Spellings.

Assessment of reading ability was done by asking the child to read out a given passage. There was confusion in pronunciation of words. He was unable to properly read many words like mere, quenching, merrily, frolicking, deadening, dispersed. Some of the words were reversed; ‘spotted’ was read as ‘stopped’ and ‘attracted’ was read as ‘attached’. His reading ability was found to be adequate at grade 6, indicating disability in reading. Skills for comprehension were assessed by asking questions about the read passage. He could easily answer questions adequately till grade 8, indicating difficulty in comprehension.

Writing skills include expressive writing and an evaluation of handwriting. In written expression, he was asked to write 10 lines on ‘My Favourite Sports’. He took 15 minutes to write 5 sentences and his handwriting was messy and difficult to read. Client was given permission to write in whatever language was comfortable with; still he found it difficult to articulate sentences. Instead of trying to make small sentences, he was trying to make big ones, to fit in a lot of ideas in one statement. He made various spelling errors and some grammatical errors. Punctuation errors were also present. When asked to copy a 10 line passage, he made a lot of errors. He did not put Punctuation marks such as full stop or coma and hence did not start new sentences with capital letters. There were spelling mistakes also, ‘returned’ was written as ‘rereen’, ‘evening’ was written as ‘eveig’, ‘riding’ as ‘ridig’, ‘frightened’ as ‘fritent’. Client was given 3 words with which he had to construct a sentence, sentences constructed were not age appropriate had spelling, and grammatical errors. His writing ability was found to be adequate at grade 5 level.

A list of 30 words was dictated to the client and he was asked to write the same. For Grade 6 and 7 he corrected 3/15 words. For grade 5 he corrected 7/15 words. He struggled to write simple sight words and to use phonetic cues to write unknown words. Errors of Ommision was present, he wrote “robers’ for ‘robbers’’, ‘adress’ for ‘address’ ‘distres’ for ‘distrss’ ‘truble’ for ‘trouble’. There were phonetic errors, as client was trying to write the words as we speak, like- ‘fritent’ for ‘frightened’, ‘unforchunate’ for ‘unfortunate’. His spelling ability was found adequate at grade 5 level.

In Arithmetic, he has a well formed concept of simple addition, subtraction, multiplication and division. He can do graded addition but does errors in graded subtraction, multiplication and division. He finds it particularly difficult to do word problems and is unable to understand which mathematical operation is to be applied. His level of performance was found adequate at grade 6 level.

Client has disability in Reading, Writing, Comprehension and Mathematics.

Examined By: Supervised By: