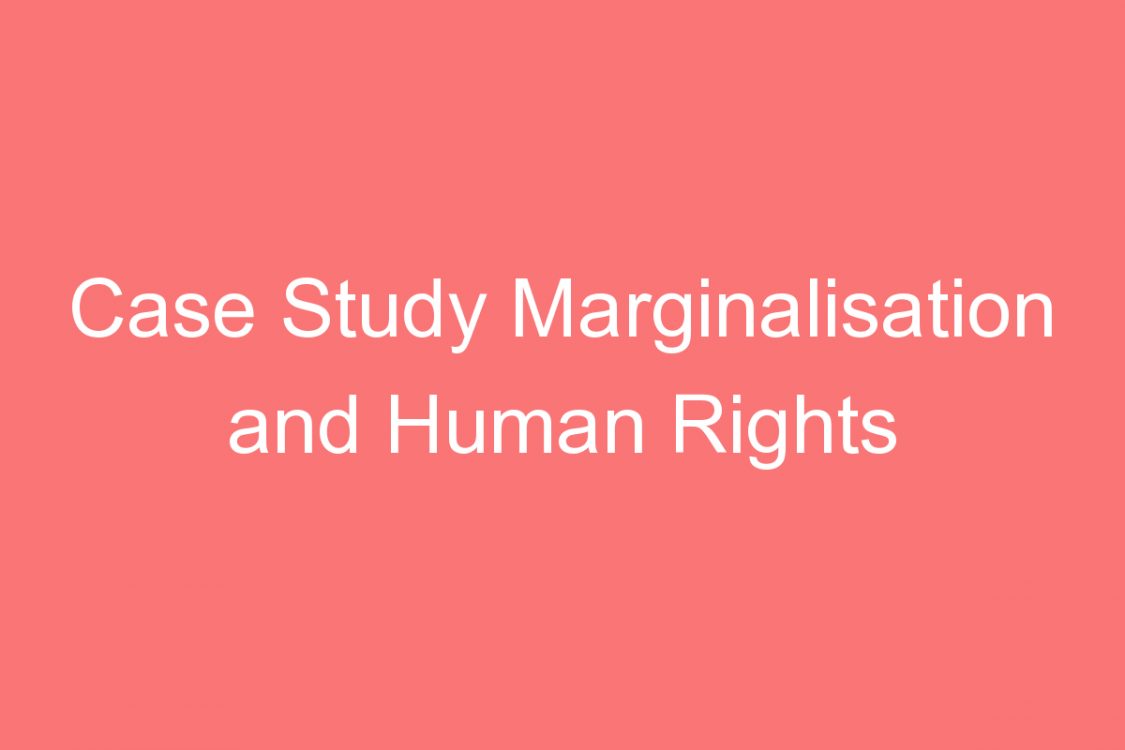 Case Study Marginalisation and Human Rights Violation. How and Why?

Marginalization and human rights violations occur usually in society. People with mental illness are vulnerable than other general population.

Mr.G 45 year old unmarried men, lives with his, mother, brother and in law.He studied up to pre degree. His illness started when he was  21,  showed a gradual onset of illness, the course of illness was episodic. he was taking treatment from Kuttiravattam for more than 12 years, he was admitted there for more than five years. After taking treatment from Kuttiravattam he has improved in his functioning. for last two years he is taking treatment from MHAT. he showed symptoms of fear,anxiety,anger, violence,wandering,less sleep, and self talk. He regulaly takes medicine, when he discontinue or stops medicines he shows behavioral changes.


He was very brilliant and good at studying but in the final exam, he failed. During his studies he was addicted to drugs and smoking. He showed symptoms of anxiety a fear during that time. he got treatment for that and he improved. After that he went with one of his brother in Calicut and stood in a medical shop for work but he came back and he told he cannot stand there , he  started showing symptoms like fear, talking to himself, anger.  he was thrown out of his job because of these reasons. After that, he was taken to many doctors and many times he was admitted to kuttiravattam hospital. Now at free time, he comes home and writes poem and stories and he loves watching TV.

In the case of Mr. G there are marginalization ad human rights violation happened. First issue that can be raised in the case of G is his right to work.  During his studies, he was addicted to substance and he showed symptoms of anxiety and fear, but in the initial stage only it got treatment and he was better with this treatment but because of the financial problem he was not able to continue his treatment. after that to improve his functioning his family decided to put him in work so hesitated working in a medical shop, he worked there for almost three months but he was not able to continue that ,  because he stopped taking medicine he again started showing earlier symptoms and he was thrown out of his job.

From the caretaker i came to know that he was a very brilliant student and he was very active in all activities of school, college etc.  He was very good at writing poems; stories and he use to read many books. if he has got good treatment and was able to continue his medication he would had been a better person.  His poverty made him marginalized.

Now he is living with his 82-year-old mother, brother who is a daily wage worker and sister in law.  When we interacted with Mr. G it was very evident that he does not have any voice in the family. He said that “whenever he say anything people will say that he is mad and they does not listen him, but if they do anything wrong or foolish that is not a problem for anyone”.

Now he does not go for any work, he is regular to the clinic every week for the daycare activity that is done by the clinic to make patients more active and improve their functioning. He does not like to go anywhere outside his house because people look at him in a weird way and he said that everyone in his place knows that he is mentally ill. His rights to work get better education live a life with more dignity was all violated because of his illness and  poverty. Now he is getting less support from family also. Sometimes he begs for money to some people in the market or from some shops nearby his house to buy cigarettes and have some snacks from the shop. his right to live as a human with full dignity is violated in the case of Mr.G.