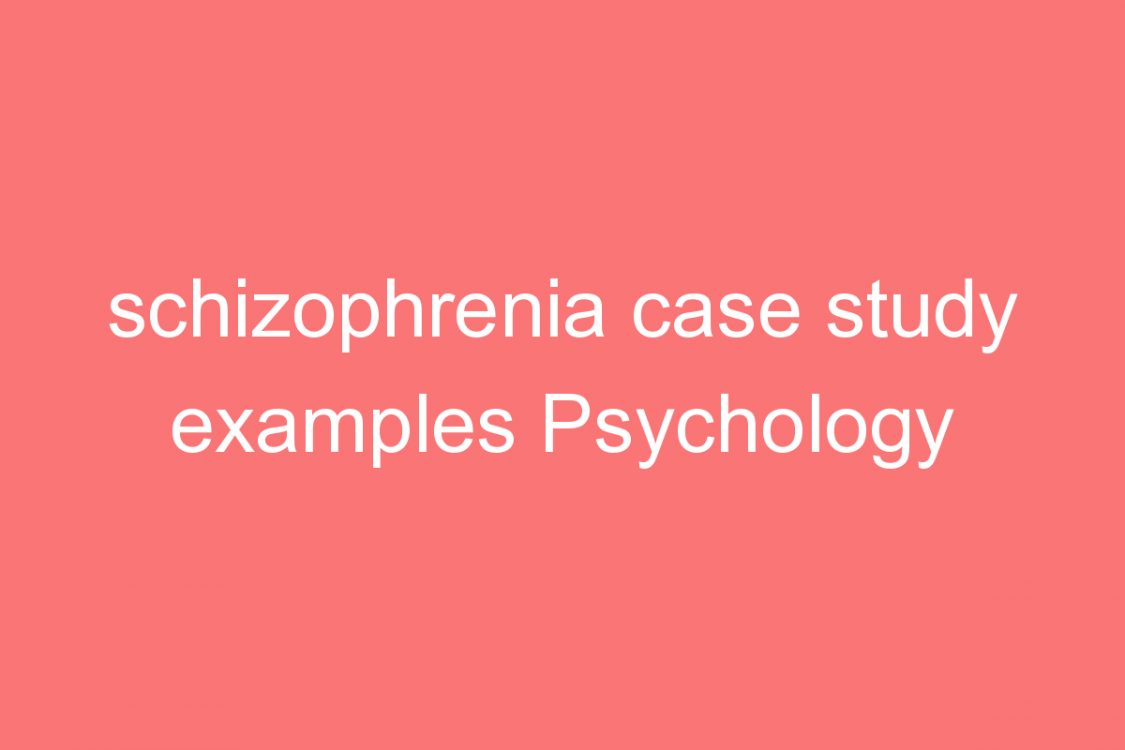 This case is just for reference only and for study purposes.

Mr. S, 31 year old male, educated up to S S , currently unemployed with submissive personality traits with a family history of mental illness in father, brother. The client has a family history of suicide in the second-degree relative. The client was presented with psychiatric symptoms with 5-year duration, by poor self-care, delusion of reference and delusion of persecution, poor medication compliance, poor insight, social withdrawal. The patient had episodes of wellness and a manic episode.

The onset of the illness was when he was 25 years old with a continuous course. The precipitating factors can be that the client was beaten up by the and he had a bad dream about his father. He was presented with chief complaints like decreased sleep, social withdrawal by shutting himself inside the room, not going work, fearfulness, suspiciousness with and referential delusion about poisoning the food he , poor self-care, presence of thoughts of worthlessness and poor insight.

The client’s father is not mentally well. The client blindly follows the father’s instructions such as not to take , not to change cloths and not to visit the mosque. Three years ago, he underwent treatment and condition was improved for a period of 1 week. The wellness period was by increased , decreased intake of food, decreased sleep, social isolation, and normal personal care. After that, the symptoms came back and he often says that the doctor does not know about his sadness and he feels something wrong with his head. There is no negative history of brain seizures, epilepsy, self-talk, self-smile and elated mood.

The client had normal and early development with a slow to warm temperament. The client have a poor academic performance in school and the occupation was decoration work.

The client has an irregular treatment history with poor medication compliance with differential diagnoses of Psychosis- affective disorder with a current episode of depression or schizophrenia currently on Clozapine 50mg [0-0-1] and syrup Risperidone 2mg [2ml] [0-0-1].

1.2 Socio-demographic data and social standing (social issues) of the patient

The client was registered to the palliative clinic on …. with a registration number of…. with mother as caregiver. The family is below poverty line with a very poor condition.
There are 8 members in his family including father, mother, brother, wife of brother, their 3 children. Father is having mental illness and mother is suffering with asthma. Brother is having some mental issues however he is married and the only earning member in the family. The family need economical support.
Their house is situated in rural panchayath and they have 25 cents of land in hand, the type of roof is with cement sheets and toilet facilities are satisfactory.

Their social networks are impaired and they face stigma from their relatives and friends. He is educated up to S S L C however; nobody is appointing him to work because he is having mental illness. The client blindly follows the father’s instructions such as not to take , not to change cloths and not to visit the mosque. So that he is losing his autonomy in his life and in decision making.