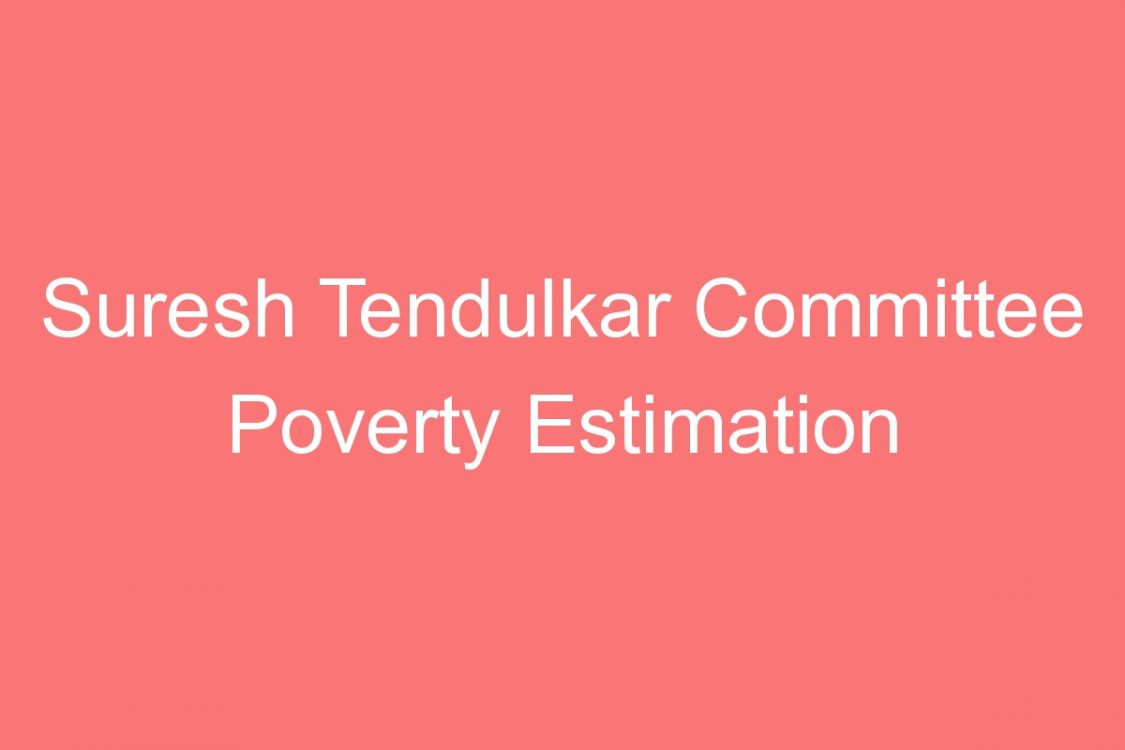 There is a new methodology used officially by the Government of India to measure poverty. In what ways does the existing way of measuring poverty differ from the recommendations of the Suresh Tendulkar Committee.


The debate on the extent of poverty in India has been a matter of not just national but global interest. However the perception regarding what constitutes poverty varies over time and across countries. India has a long history of studies on measurement of poverty.

The latest official estimate of India’s poverty line from Rangarajan committee is based on certain normative standards of food (nourishment) and non-food consumption (clothing, housing, rent, conveyance and education), as well as behavioural aspects of classes concerned for consumption of some other items. Based on the analysis, monthly per capita consumption expenditure of Rs. 972 in rural areas and Rs. 1407 in urban areas is treated as the poverty line at the all India level. Based on this methodology the poverty ratio at all India level comes to 29.5% in contrast to 21.9% as estimated by Tendulkar methodology for 2011-12.

The Tendulkar Committee has reviewed the present methodology for measuring poverty and suggested drastic changes for the future. It has recommended a new method where the present all-India urban poverty line is taken as the basis for estimating every other poverty line in the country. With the urban poverty line as the basis, the parity levels at the State-level for rural and urban areas are to be separately estimated using a typical purchasing power parity (PPP) method. Thus, the new State-level rural and urban poverty lines are to be at those levels at which the average national urban consumption levels can be attained.

In sum, the Tendulkar Committee has pitched for a policy position that is stranded between the harsh realities of poverty in India and the fiscal conservativeness of a neo-liberal framework. According to the Sengupta Report  (2009) ‘ Despite many years of economic growth, 77 % of India’s population continues to live on less than Rs. 20 per day, according to various other criteria’s more than 70% of India’s population falls under poverty line or are just above it’. Ideally poverty line should be most comprehensively defined in nations with large poor populations.  But it is rich nations who are found to be more generous in their definition of poverty lines as their governments can set aside more funds for poverty eradication.  Even a small increase in poverty line will bring millions into the poverty zone. Thus it is mandatory to devise a stable and globally unifying measure of poverty