Bye Bye Google Plus - No One is Going to Miss You

Bye Bye Google Plus - No One is Going to Miss You


Since Google has announced the deletion of Google Plus from Internet, many things have occurred. It is no wonder that Google had to crush the Google plus. Google as a company had no idea of how to run a social networking site.

Google plus was launched without any market research. It was waste of money from the beginning. I am sure some Boss in Google thought "I am gonna launch this thing. I dont care about the money. I want to make Google Plus great". 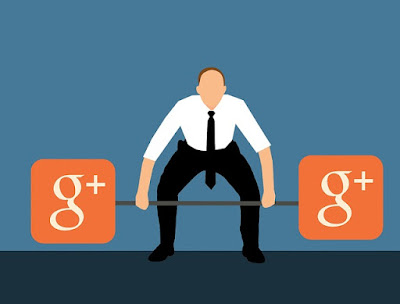 Decline of Orkut and Stupidity of Closing It

Orkut was popular due to absence of a good competitor. The popularity of Orkut declined exponentially when Facebook entered the market. People in Google who ran Orkut decided to stop Orkut service. That was the stupidest mistake ever.

Orkut could have been upgraded by changing designs and bring in more effective sharing mechanisms. Instead they thought to bring a new system called Google Plus. I mean the users had no option to change Orkut to Facebook. Facebook was better, bigger and faster.

They launched the business but was unable to get customers. Google plus team tried to overtake the blogging space as well. They brought comment system for blogs because no one was using their system. Then they bought Authorship Snippet Profile for blogger and made it mandatory. Many of the bloggers with common sense predicted the closure of Google plus.

They brought share buttons, Author profile box, follow button, login button and many more. They were trying to copy the Facebook model. This was another huge failure. Imposing buttons on website admins and bloggers were useless. No was was using them as there were no active users in it.

Google was adamant enough to pursue it for long, wasting significant resources and money. As time grew more, Google had to shut it. What I have heard, even the Google Plus employees were using Facebook for social networking. How sad is that!!

What has happened now? Google is reverting back all changes and leaving a significant amount of branding with them. They accepted the failure and users do not even miss Google plus. That is the saddest thing that can happen to a product.


What is the Future

As I have predicted, Google as a search engine stays on the top just because of the lack of a competitor. Once Facebook, or Amazon decide to start a search company, Google is going to shut down too. The Features Snippets, Unfriendly Ads, less money for publishers are driving away publishers from Google to other platforms.

It is time for Google to decide to start thinking and stop innovating. More and more complicated algorithms and more AI controlled system wont help in the long run. Now that Facebook controls Whats app and instagram too, it is time for Google to change their strategy. It wont be long for Facebook to purchase a search engine company.
Kindly spend 5 seconds to share this post